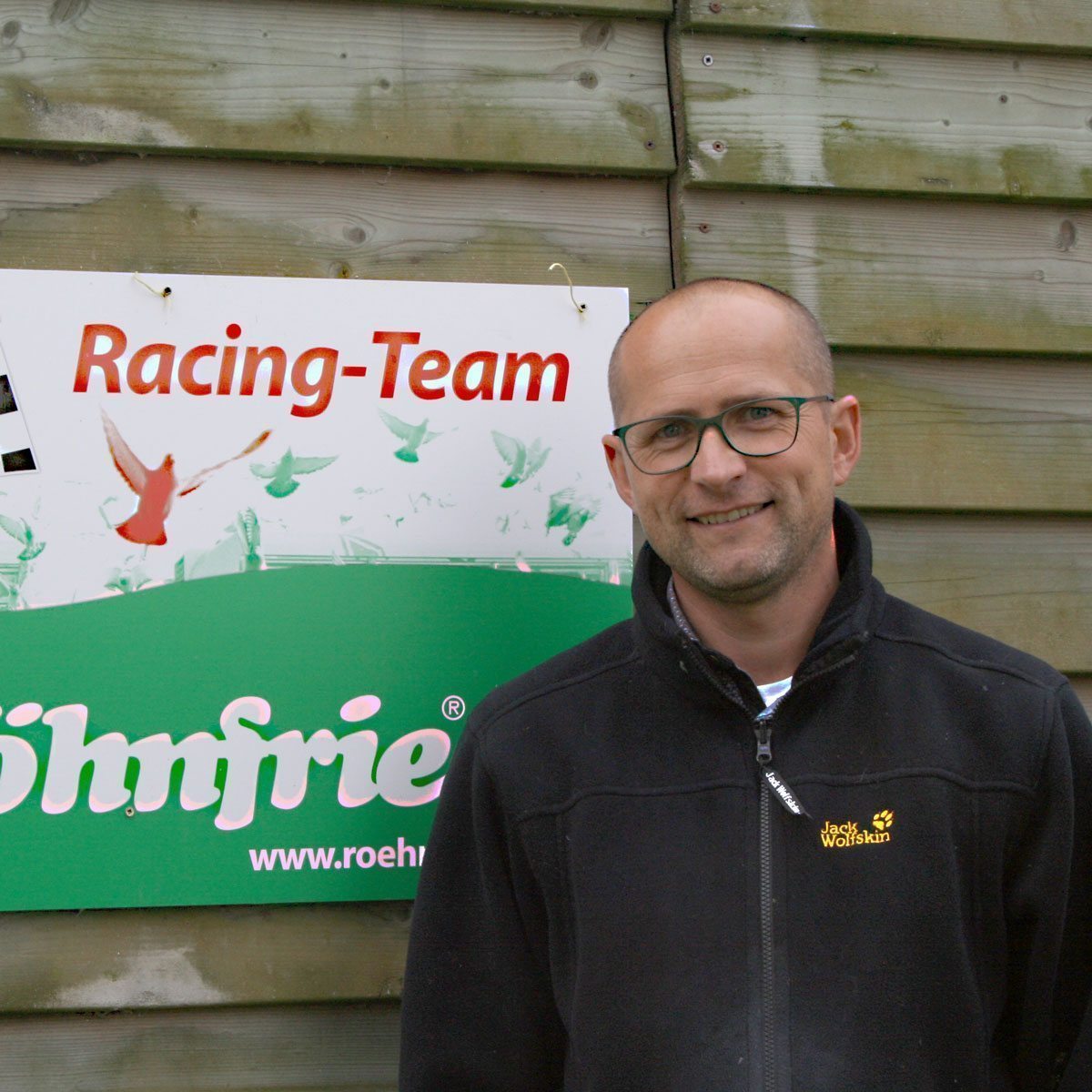 Sluis is situated in the west corner of Holland, not far from the border with Belgium.  In 2010, he sold a large part of his pigeons because he was moving. He stayed in Sluis, but moved to the edge of the city where he had more possibilities and enough space to build a loft in the garden. Before, he raced his pigeons from a loft above the garage.

A young enthusiast man, who wanted to participate in long distance, is how we can describe Martin de Poorter. Now, some 7 years later, he is among the top in the long distance races in Holland and with a rather small team of racers at that. He already won 1st National St. Vincent with his Rainman in 2013. Since then he focuses completely on the international races.

This bird raced in the loft of Aad Kuyt and was later bought by Martin together with AP Overwater and Piet de Vogel. At this moment, Levi is to be found in the lofts of Gerard Koopman, where the 1st NPO winner of Orange 2017 is already a grandchild of Levi.

These 3 top pigeons form the stock. They have been inbred and well selected, inbreed products in the breeding loft and crossbred with other bloodlines. By using this system, he has created his own lines, which he can handle much better. In each pair, you find the blood of these stock pigeons and he crosses them with lineage of winners.

Some top results of the past few years – Heavy long distance:

How does Martin do all that?

After Perpignan, the racing team breeds a couple of youngsters, then they move to the open aviaries in front of the lofts (from September until March 1st). The birds remain in the aviaries day and night, and the hens and cocks stay together all winter long, they are not separated. During the moulting period, he uses a lot of Taubengold and the birds can take a bath regularly, to which he adds the Röhnfried Badesalz. On March 1st, the windows of the lofts are opened again and the birds can pair. The racing team can sit on the eggs for the incubation period and afterwards, they are separated for a brief period and trained on widowhood. Just before the international races, the birds are paired in “teams” and Martin tries to hamper them for the international classics at a brood of +- 10 days. Normally, the couples are hampered for the same race. The past 2 years, all had to race from the nest.

At the beginning of the season, they are hampered every week: they have to gain experience, loosen up their muscles and their wings. Before the season and during the first weeks of the races, Martin uses Hexenbier 2 or 3 times a week. He considers it a top product which brings the pigeons back to a good basic condition faster. On their arrival home from the race, they always find Bt-Amin forte (a combination of electrolytes and amino acids) plus Rotosal (provides the body with more oxygen) in their drinking water for a better recovery.

After a difficult race, Martin puts K+K Protein 3000 in their feed (animal proteins that ensure faster muscle recovery), and sometimes those arriving back too late, get a K + K Protein Dragee. Apart from all this, the pigeons can take a bath every week.

Except for their vaccinations, the breeders never receive any medication. He regularly uses Avidress Plus, which Martin says helps a lot.

She was 6th National Ace Pigeon WHZB 2017 and up to now has flown:

Her grandfather is the renowned Rainman from Martin, who himself took 1st  National
St. Vincent. The dam of Witoogje comes from the loft of Carlo Gyselbrecht.