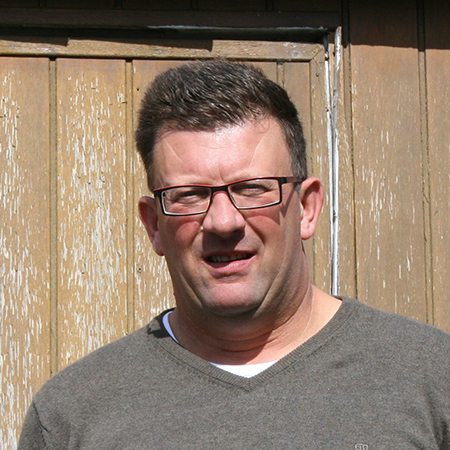 Construction work in the neighbourhood spoiled the fun in 2017!

Rudi Desaer will never forget the 2017 season because a construction site was located next door to his loft. Work started early in the morning and went on until the evening. Of course, the noise of all this brought on agitation in the loft, which called for a lot of changes in the daily routine. The birds were not able to train in the morning and if they did go outside, they did not want to go back inside and remained on the roof. Since Rudi is a perfectionist when it comes to taking care of his feathered friends, he had to adjust his schedule. The pigeons could train only once a day, in the evening.

The game with the old birds, the widowers

It may be traditional, but if you do it well, you get top results. He prefers “old cocks” because they know their “job”!  The young birds are trained well, but it is enough if they just gain experience during the year of their birth. Patience is the key, something which can be seen by the individual results of the old birds. The older they get, the better they fly.

To keep his team in a good health, Rudi has already been using Röhnfried products for more than 20 years. Every week, the birds can take a bath to which he adds Badesalz.  Gervit–W, the wonder multivitamin, has been used here many years, and from experience he has learned that this product sometimes gives a boost to the racing results.

On Saturday, the day they arrive home from the race: Avipharm and Bt–Amin forte in the drinking water. Energy Oil and Pavifac Brewer’s Yeast on the feed.

The day after the race: Avidress + Usne Sano in the drinking water. Energy Oil and Pavifac Brewer’s Yeast on the feed.

The second day after the race: Avidress + Usne Gano in the drinking water.

On the day of hampering – pure water, pure feed.

If the pigeons have to participate in long-distance races, then every 2 or 3 weeks and then he uses Blitzform 3 or 4 days in a row. This iodine preparation can give the metabolism an extra boost.

A stable system and confidence

If you want to get good results, you have to keep your eye on everything. You can have good pigeons, but if the nutrition is not optimal, the bird will rarely give maximum performance during the races. The pigeons are athletes that need to be taken care of just like “top sportsmen”. Rudi often compares our sport with cycling: the nutrition, regeneration, supplements…  A couple of days before hampering, the birds also get extra corn.  He uses many Röhnfried natural products (Avipharm, Gervit–W). He also pays a lot of attention to the recovery after the races. On arrival from the race, the pigeons can eat as much as they want of a good sports mixture that contains seeds rich in oil and all this is enriched with Energy Oil. The following, they get a light “meal” (a diet mixture). The pigeons always have to eat together. After training, they can eat what they like and the feed remains in the loft for around 2 hours. The bird itself knows what it needs, better than the fancier.

As mentioned, at the beginning of the season, they have to fly every week (up to 400km), afterwards every 2 or 3 weeks, depending on the race.