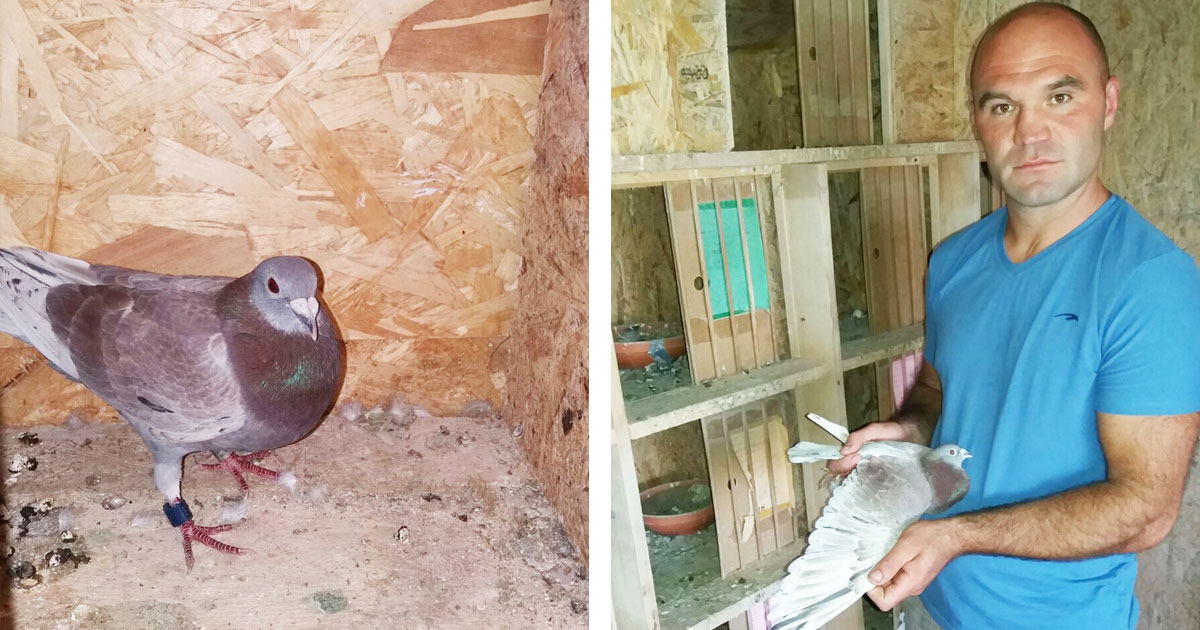 The breeding loft consists of 12 pairs and the racing team of 25 pairs. Annually I produce around 50 youngsters.”

The youngsters compete at five speed races and four middle distance races. I believe that a rigorous selection will show great benefits in the future, especially for extreme long distance race where endurance and ambition are top qualities to get a place on the podium.

The Pigeons are raced on the widowhood system until after they arrive from their first marathon. They are paired for the last two marathons from the racing plan.

The racing team trains twice a day around the loft for 40-60 minutes in the morning and in the evening. In the last week before basketing, I train them three times from 60km.

The last five days before basketing they get peanuts and extra energy with decorticated sunflower seeds in order to accumulate as much energy as possible. Pigeons need the highest possible energy reserves to be able to fly 1201km in the shortest possible time.